It's A Man Thing 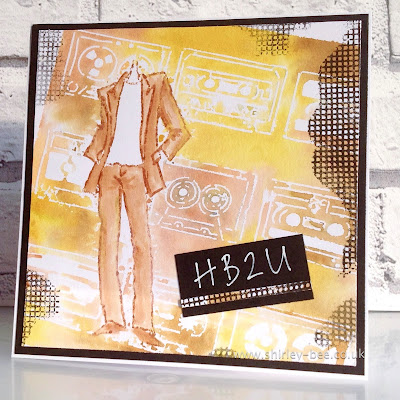 Happy Sunday, peeps!  Shirley here with a trendy masculine card for you. 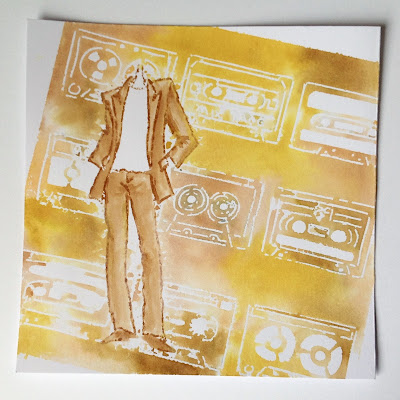 I started off by stamping the guy image from Dylusions Mini Couture using Tea Dye Distress ink, watercoloured the image using the same colour, then masked that with some scrap paper.  I inked up the Mix Tape 6x6 stencil by Ronda Palazzari with Distress Inks, turned it over and placed it over the masked stamped image at a jaunty angle, pressing it down with kitchen roll so that the colours mixed, and the excess was mopped up. 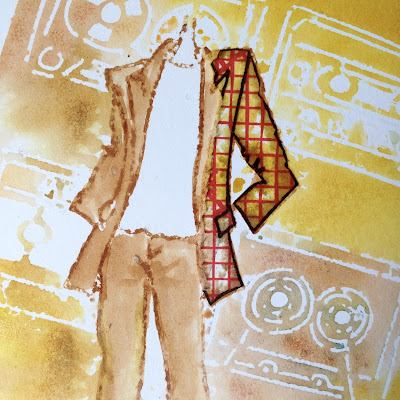 The scrap paper I used for masking was red and white checked, but because it got soaked by the Distress Inks, some of it ripped and stayed behind as I was removing it.  Doesn't it look cool, though?  Might have to try drawing checks on the jacket next time! 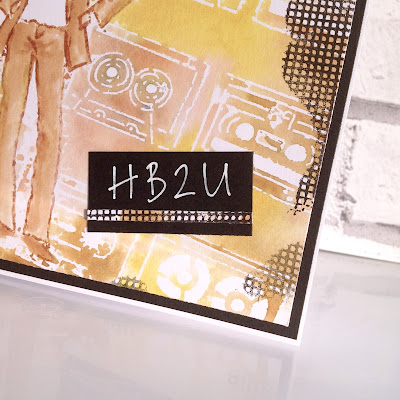 I used a stamp from Dina Wakley Textures to add some detail around the edges, then trimmed the panel, matted it onto black card, then adhered it to my card base.  On a spare piece of black card, I wrote the HB2U with a white Posca pen, and stuck a strip of the trimmed card across the bottom using 1/8 inch Wonder Tape.  It just adds that little bit of interest.

Enjoy the rest of your weekend!
Shirley x
Posted by shirley-bee at 10:00

What a great guy card!!!

Very Cool, what a result from flipped stencil.

Great card! Love the colors and stamps you used!

I Card Everyone said...