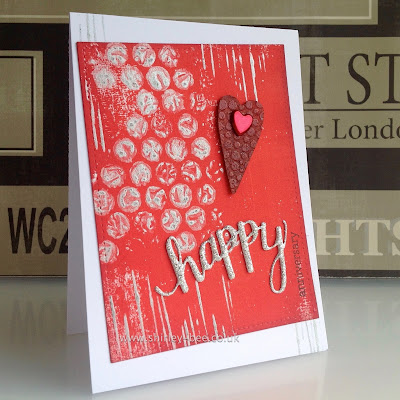 Happy weekend, folks!  Shirley here with a slightly grungy anniversary card for you.  February being the month of love, we're seeing plenty of hearts, pinks, reds - but rather than a valentine's card, I thought I'd make an anniversary card.

I started by colouring a piece of mixed media card with Barn Door Distress Paint.  Once that had dried, I applied Brushed Pewter Distress Paint to some bubble wrap and used it as a stamp onto the panel.  I used the Lawn Fawn Lawn Cuts Small Stitched Rectangles to trim the panel. 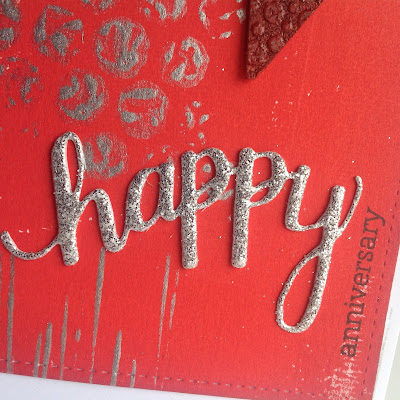 The 'happy' (diecut from glitter foam) and 'anniversary' are from the Hero Arts Happy Stamp & Cut set. 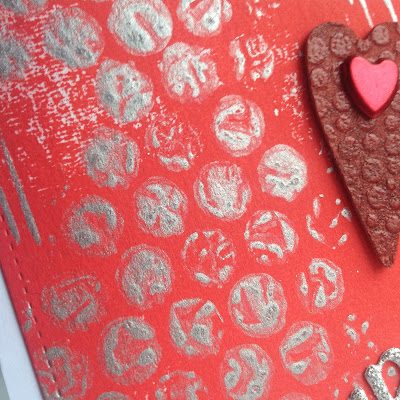 The red Distress Paint hadn't covered fully, leaving some of the paper texture showing, but I think that adds to the grunginess :) 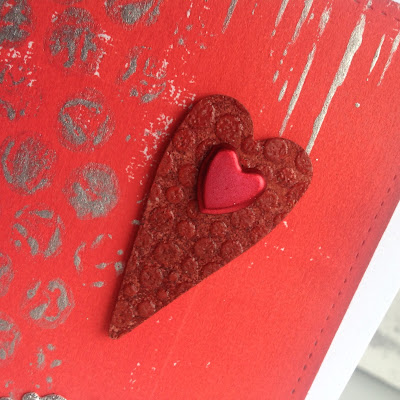 The heart is made from Tim Holtz Grungepaper which had been sponged with Fired Brick Distress Ink then embossed to give it texture, and heat-set with clear embossing powder.  I attached it to the red panel with a heart-shaped brad which I found in my stash.

On a tent-fold white card, I 'painted' some Brushed Pewter marks with a credit card, added some more marks to the red panel, then adhered the panel to the card.

I hope I've given you some ideas for Valentine's or anniversary cards.  See you soon!

Shirley, this is one grungy-gorgeous card! Thank you for sharing the how-to details! Smitten...
~c

You have such talent for making different elements meld together like grunge poetry, Shirley! This is a vibrant card of LOVErlyness!! Hugs, Darnell

Loved this anniversary card! The design is adorable. I am seeking ideas for my wedding invitation. Going to have a garden wedding at one of local wedding venues. Hoping to get a unique and elegant invitation done.