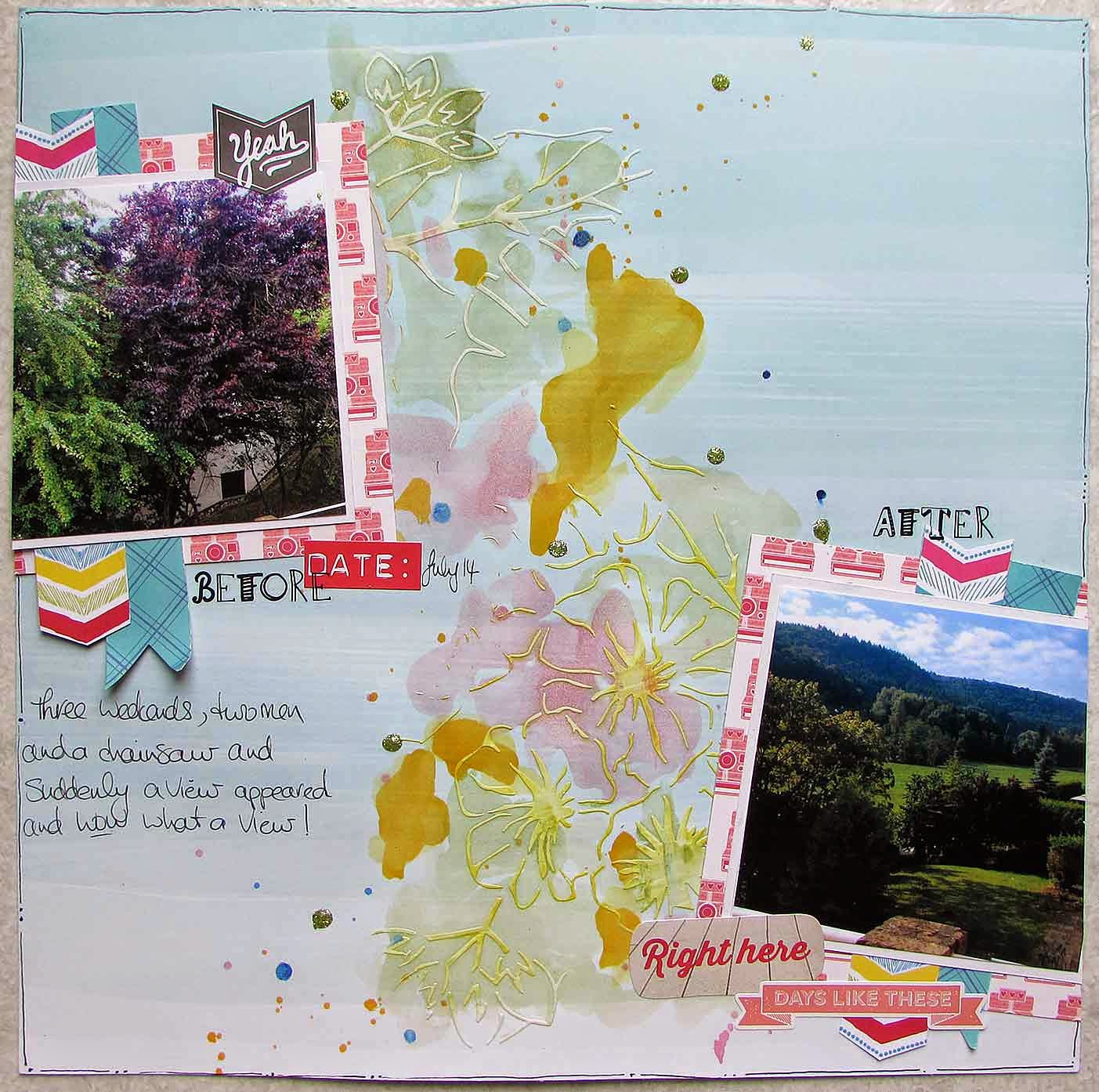 I took one of the papers (the reverse of the hearts sheet) which had a very plain neutral finish and as I'd already decided I was going to place the two photo's on either side of the layout, I spread some texture paste through this Prima stencil called Flower mostly down the centre. I had intended that the paste would act as a resist to my ink spraying but I picked up some yellow off the stencil by accident (dirty crafting) and thought I'd go with it as it didn't look too bad.

When the paste was dry I took a paintbrush and painted on my spray inks in random patches for a watercolour effect. 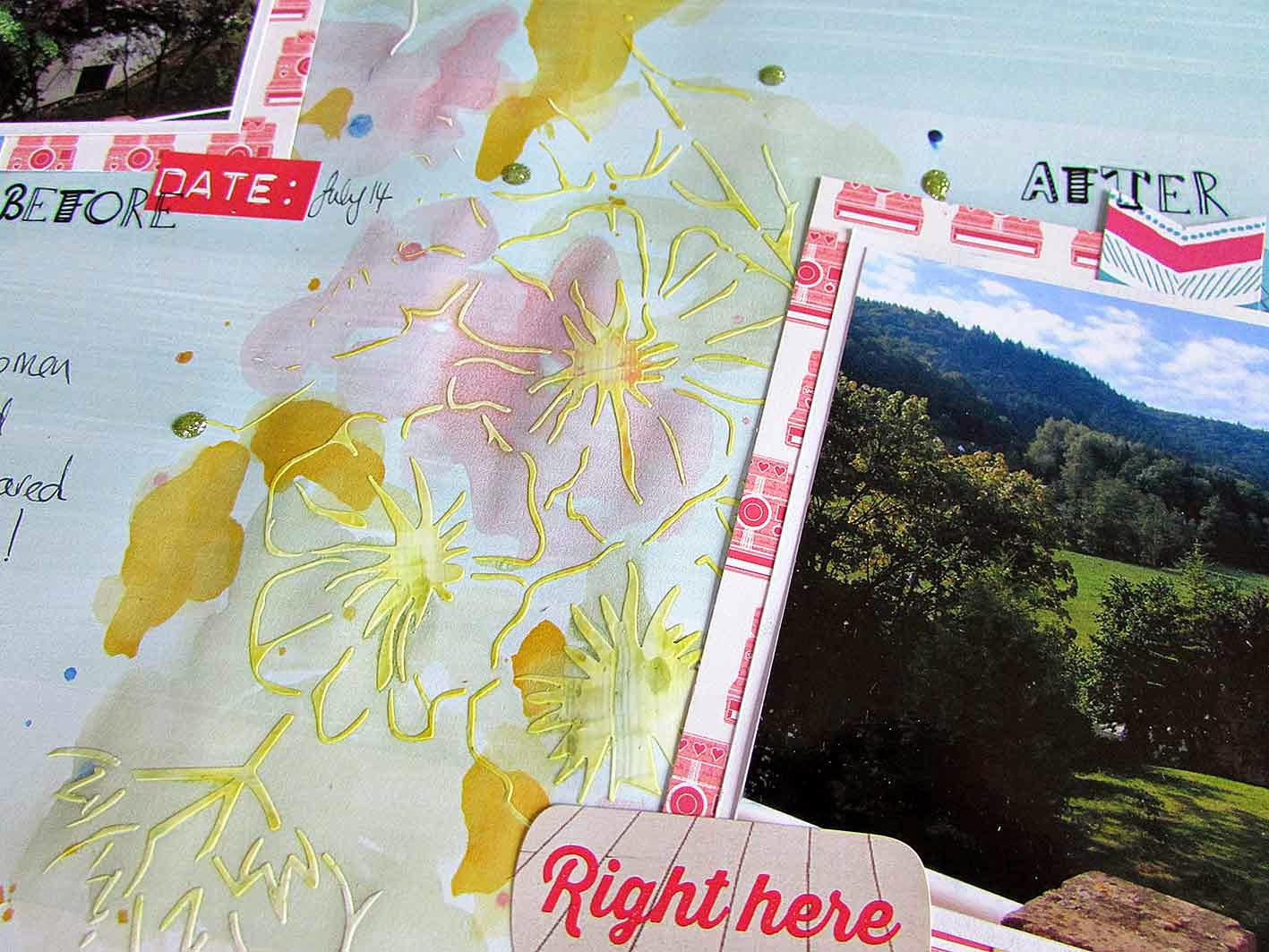 There are also some random spots of Stickles as I'm adding them to everything I do at the moment.

Have a good week