I was preparing a piece for this blog post and for one of those annoying reasons it just wasn't going to happen, I was having one of those days and no matter what I tried to do to rescue the situation, I just seemed to make it worse!

I think everyone can identify with me here but the thing is don't give up and things will come good eventually.

I kept the offending work and came back to it a day later, cutting it up into chunks to try and amputate the worst parts. I actually ended up cutting the whole thing up to rescue and reuse the bits I really did like. 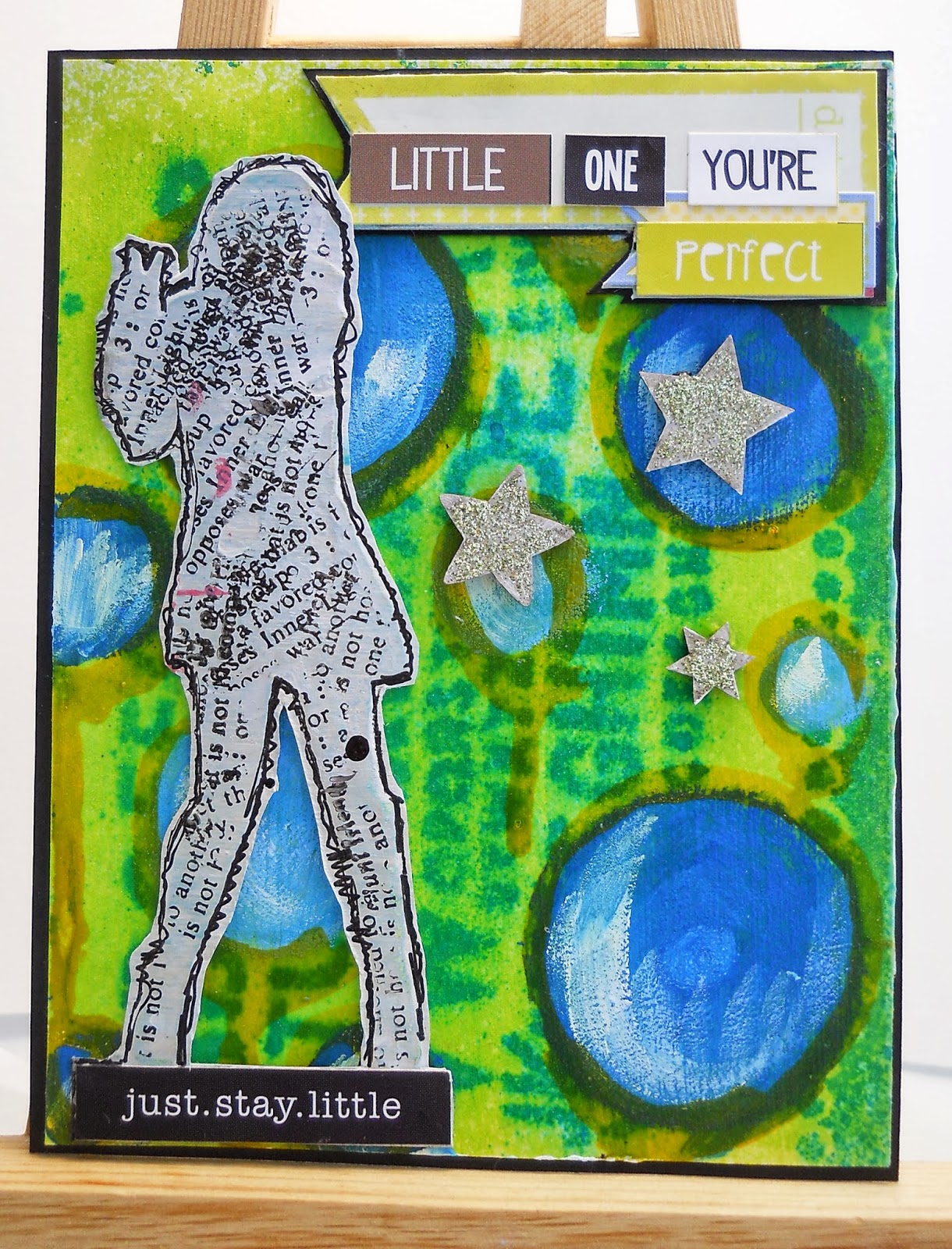 I made myself a totally new background, well actually, I recycled that too! I used one of my stencil  clean off sheets and covered it in clear gesso. The background had been sprayed with waterbased inks and if I wanted to work over this I was going to have to protect it from the mediums I would use over the top. I then drew circles with my Neo-Color crayons and painted over them with a damp paintbrush. I also used Bombay ink in yellow around the circles, letting it drip down the page. 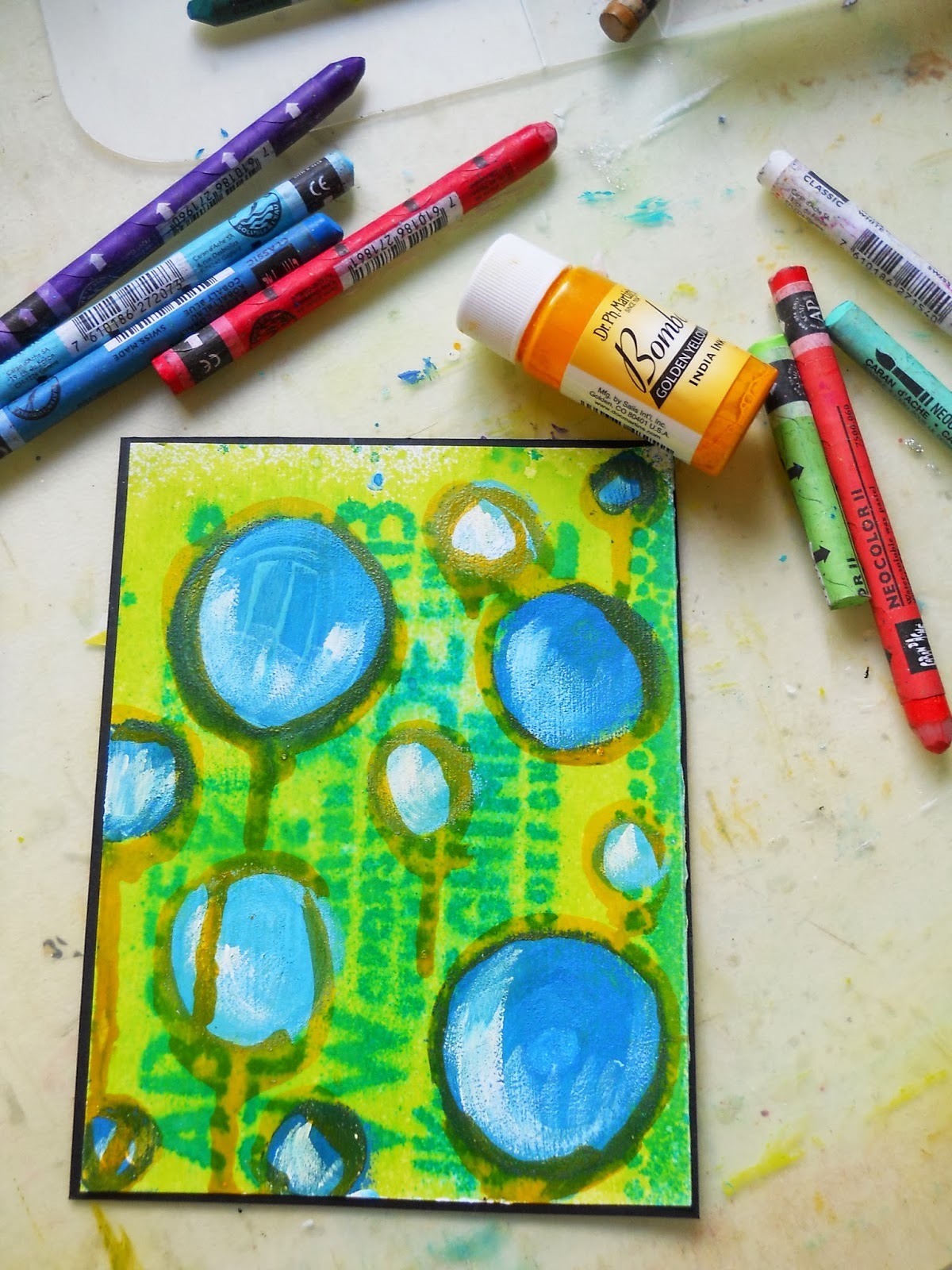 The background done I added the figure and title which I'd cut from the earlier piece of work. The figure itself is texture paste through an Andy Skinner stencil, I'm loving this one can you tell?   The stencil was put back over the texture paste and I stamped a script stamp through the shape, all over.

I turned to the Glitz Finnley alphabet and word sticker sheet for the titles and I also added a few stars in chipboard covered with stickles. 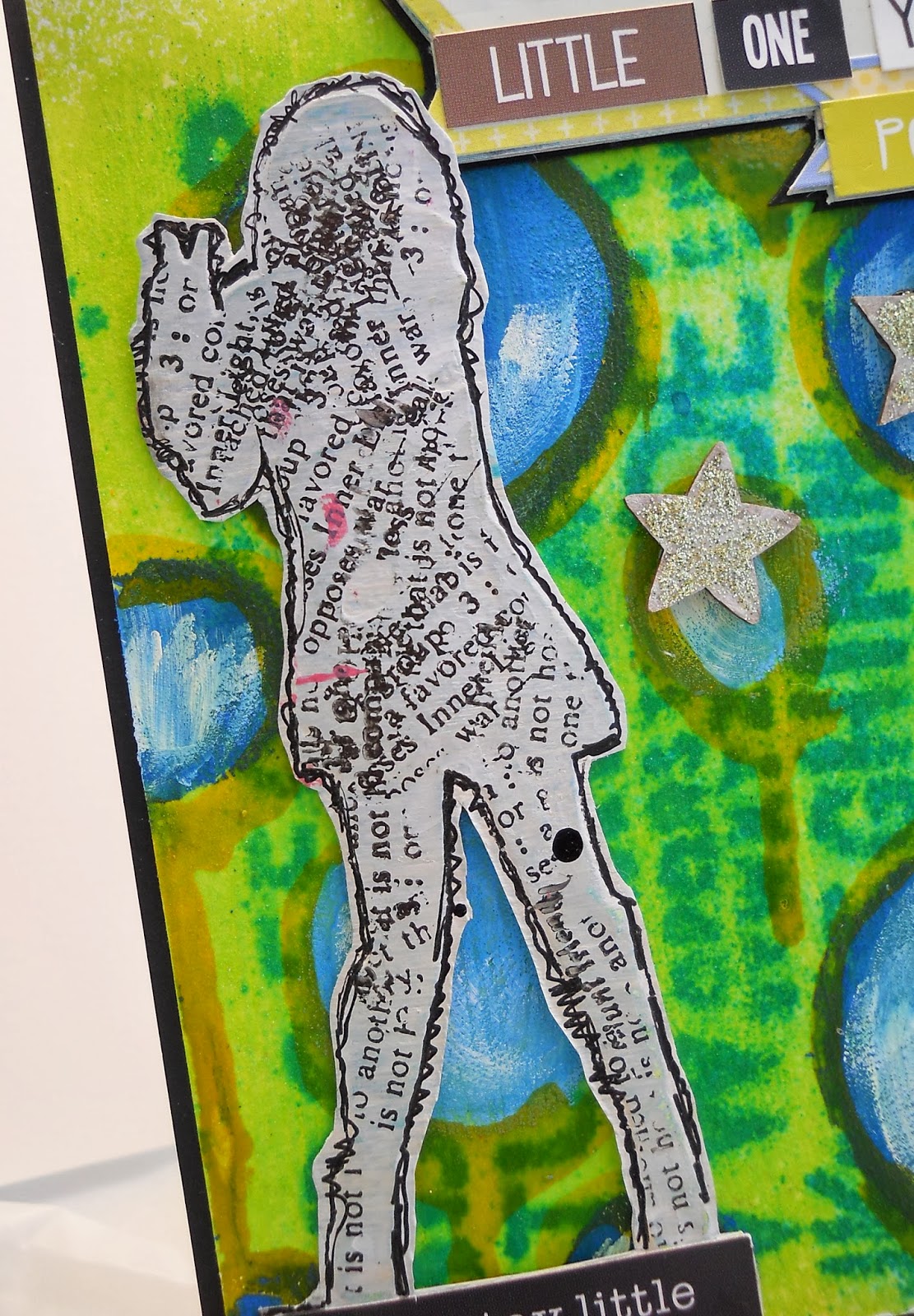 Don't give up on your disasters  it may surprise you to find that you'll see them in a new and unexpected way, you just have to know when to walk away.

Such a great way to recycle, thank you for sharing!
Hugs, Miria xx

I have one of those days way too often! Well done for coming back to this, it is fantastic.

Great recovery, wish mine were so successful... Love that stencil & so pleased there is clear gesso now. Tfs :)