As it's nearly Halloween I thought I'd do a bit of altering for a change. It's not usually my thing but for Halloween I can make an exception.

I've had this frame for ages. It was a cheap plastic one which I always intended to do something with and rid it of the Barbie pink, so what better way than with a coat of black gesso. 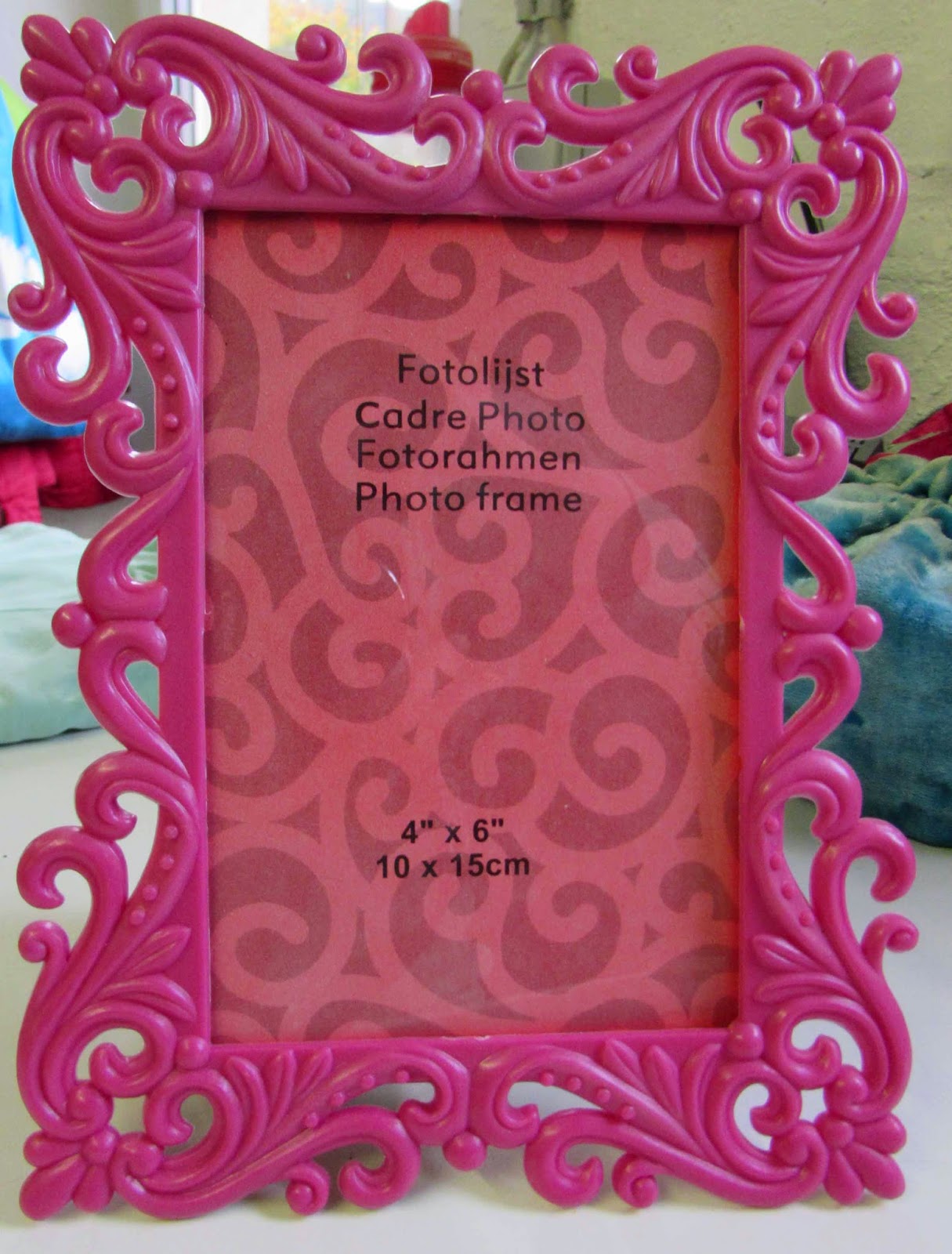 So this is what I ended up with. As well as the frame I also used the gesso on the doily which came out brilliantly. 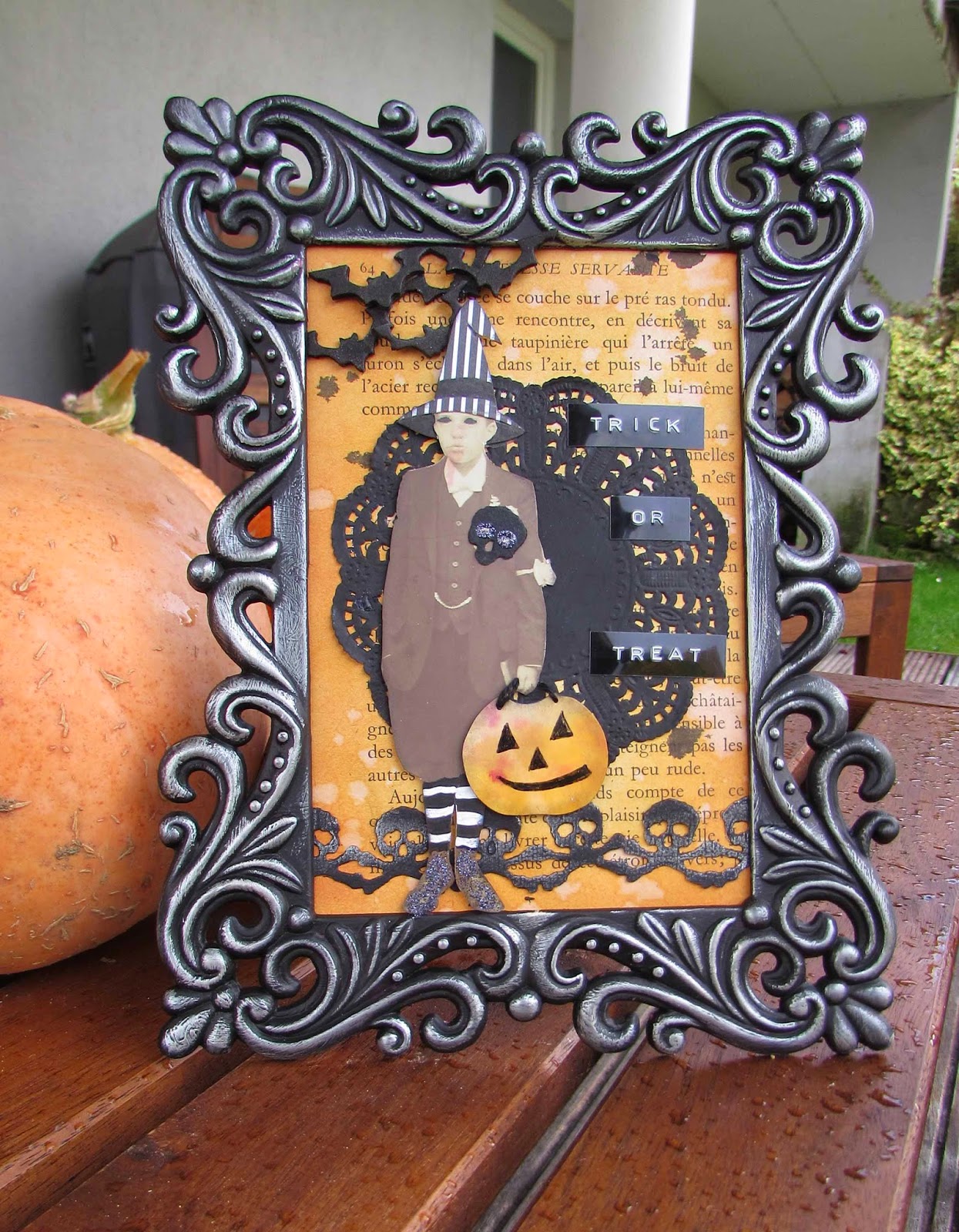 The photo was one from my hoard of photo's and I just gave him a fancy hat, a pumpkin treat bag and stripey legs. I think he looks far better than when I started. 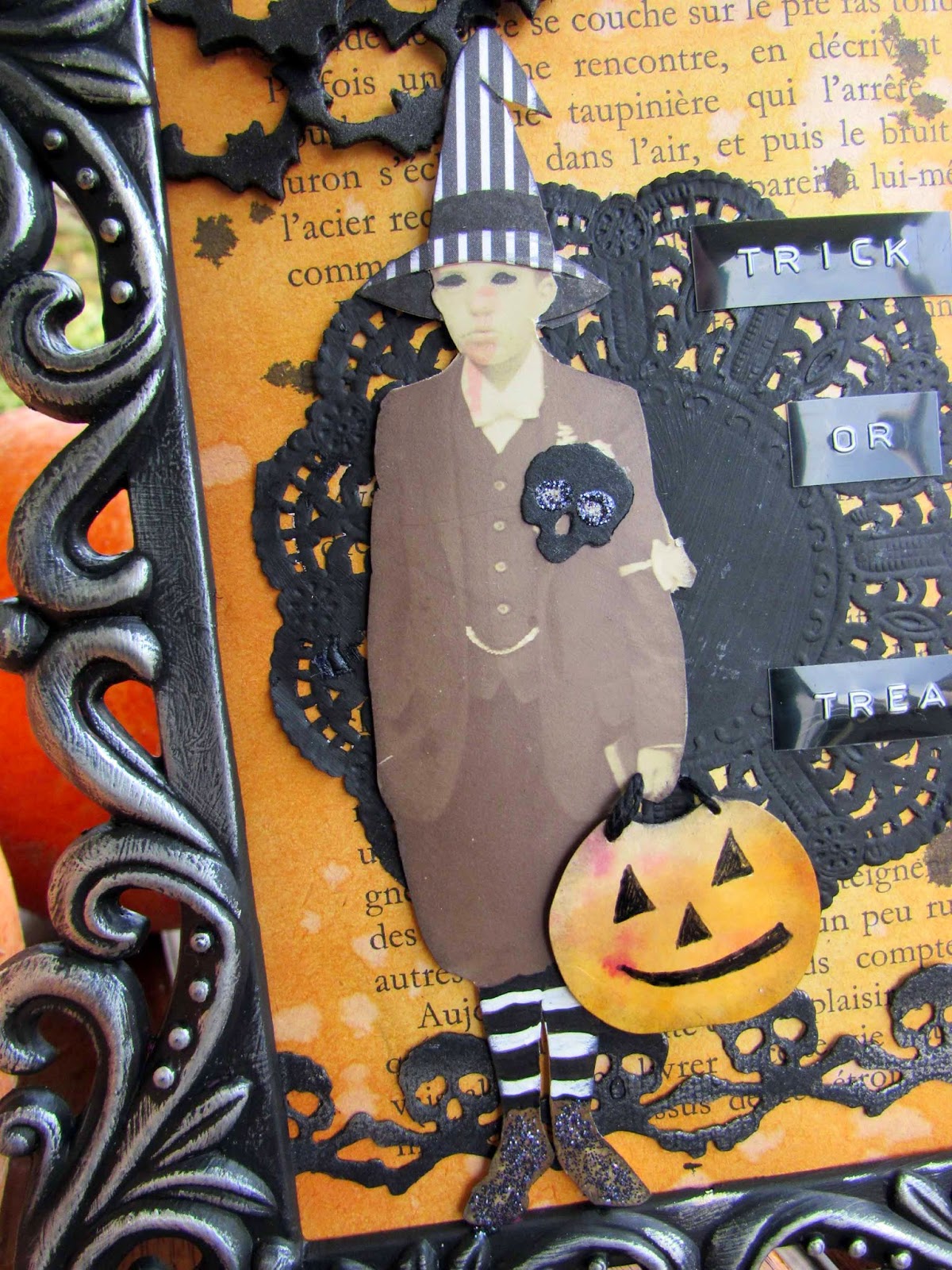 I also went around the frame with some Inka Gold cream. 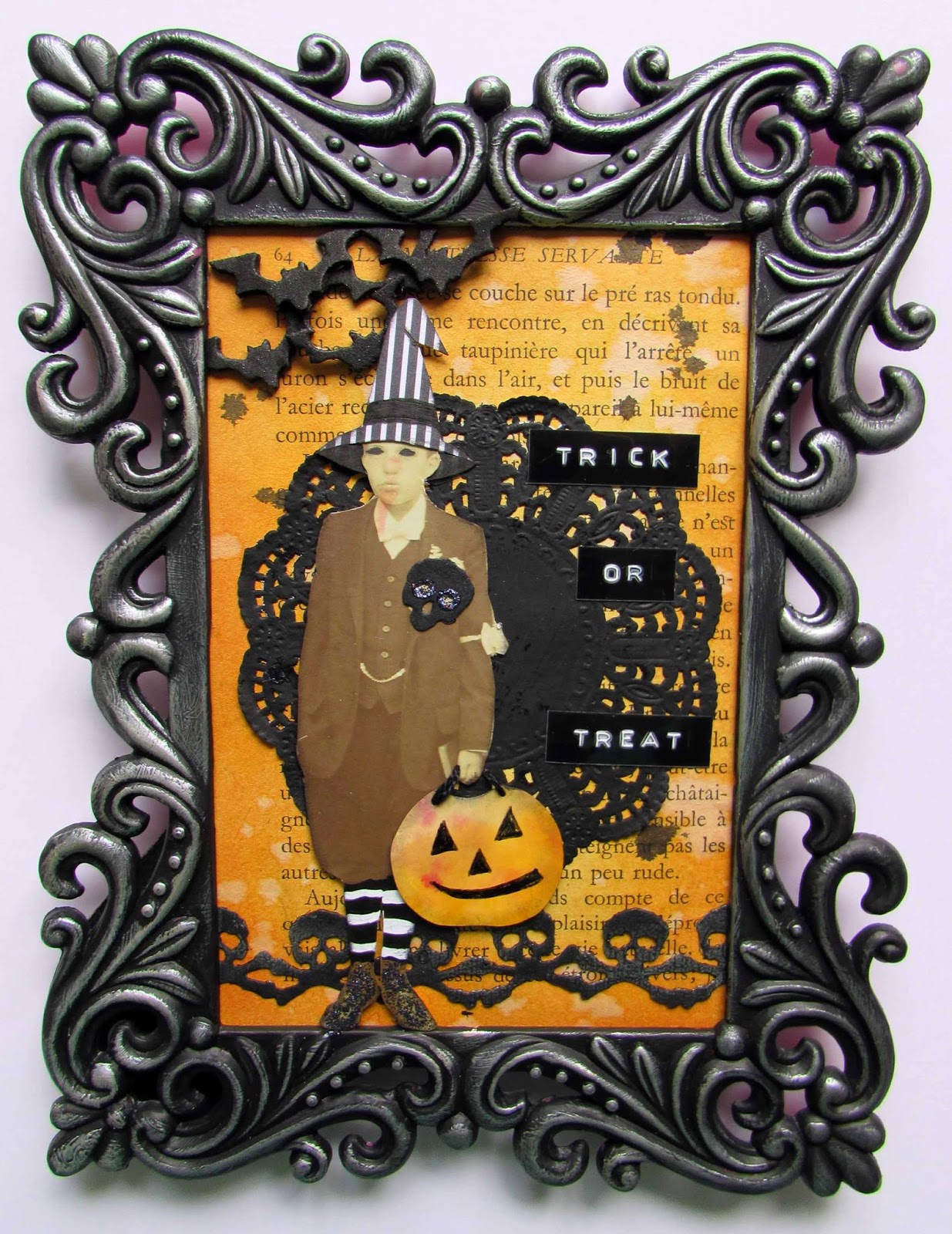 Have fun this Halloween.